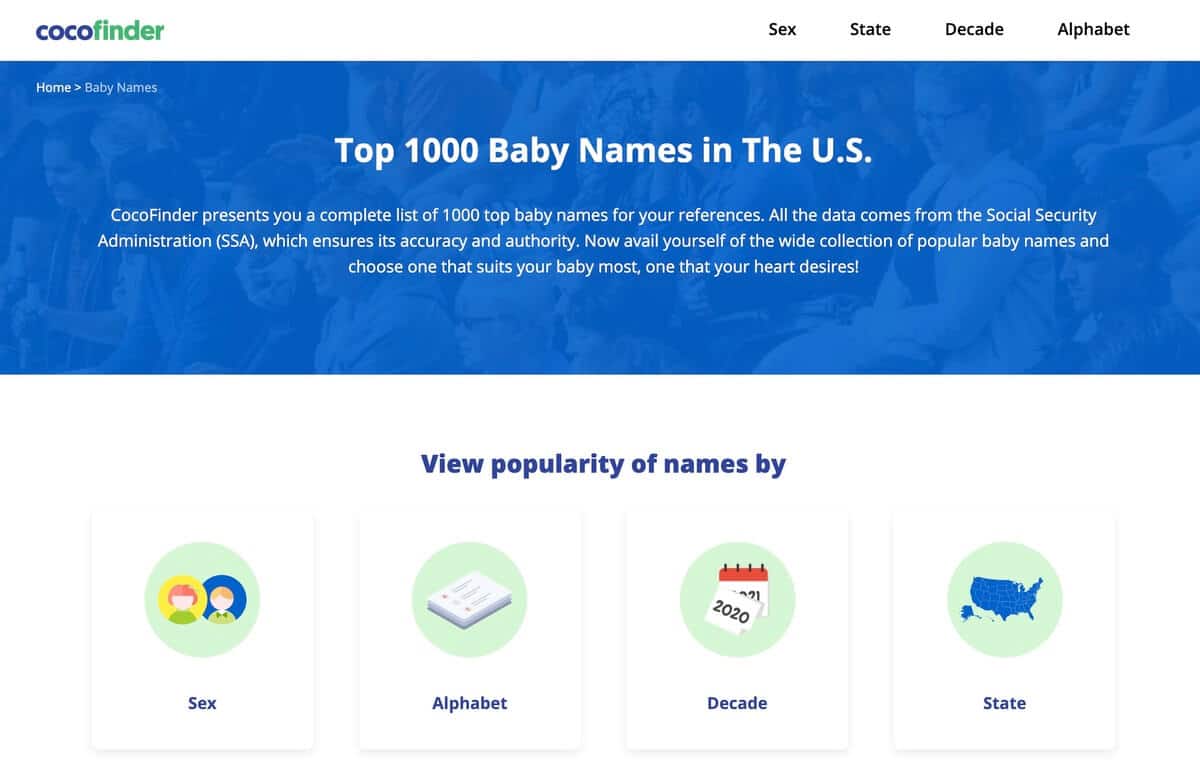 When new parents receive lovely news, the first thing they do is search for a lovely name for their child. Choosing meaningful and distinctive names for their baby boy is undoubtedly the most significant responsibility for parents.

Before deciding on a name, think about what it reflects, what it means, and whether it will last a lifetime. Finding a name for the baby boy that will suit him for the rest of his life is crucial. Cute names are charming while a baby boy is small, but as he grows older, he needs a name that is profound and powerful to match his work and personal life.

Baby Boy Names That Begin With The Letter S

Traditional male names beginning with S include Stephen, Steven, Scott, and Samuel, but don’t overlook newer versions like Stanley and Shane. The perfect baby boy’s name starting with S is waiting for you to find it.

The name Steven is an English boy’s name that means “garland, crown.” After seventy years, Steven, the phonetic and now common spelling of the more formal Stephen, has finally gone out of the Top 100

Steve, along with Dave and Joe, has become one of the most iconic regular-guy names. From Steven Spielberg to Steven Soderbergh to Steve Jobs, there have been a plethora of pop-culture role models among its bearers.

The name Stephen is a Greek boy’s name that means “garland, crown.” Stephen, also written Steven, is a powerful and endearing character. The first Christian martyr was named Stephen, and he was one of the seven men chosen by the apostles to assist them in preaching the Christian message.

This name was already well-known in ancient Greece. It was also the name of a British king and several popes. Stephen Colbert, novelist Stephen King, and Golden State Warriors’ Stephen Curry are among the modern-day bearers of the name.

Next name on the list of baby boy names is Scott. An English name that means “from Scotland,” spelled with an extra “t” for good measure. Despite the fact that only one of the Ts is pronounced. Some of the name bearers include TV personality Scott Disick, actors Scott Baio, Scott Wolf, Scott Bakula, Scott Speedman, and Scott Wilson, novelist F. Scott Fitzgerald, and composer Scott Joplin.

Samuel comes from the Hebrew name Shemu’el, which means “revealed by GOD.” According to the Old Testament, Samuel was one of Israel’s renowned judges and prophets, destined for a holy life from birth. He created the Hebrew monarchy by appointing King Saul and King David.

Samuel has always been a favorite biblical story for boys, and it remains so today. Among the celebrities who have chosen Samuel for their own children are Jennifer Garner and Ben Affleck, Naomi Watts and Live Schreiber, and comedian Jack Black.

Sean is an Irish name for boys that means “gracious” or “gift from God.” Sean pronounced SHAWN, often mispronounced “seen,” is the Irish variant of John and was a popular boy’s name in the US for decades.

If you like the name Sean but are worried about it being not easy to say, try Shawn, an Americanized form that has been available since the 1970s. It’s pronounced exactly the same way it appears. Shawn is a friendly, wholesome character that can work with either gender; however, male Shawns (such as pop sensation Shawn Mendes) far outnumber female Shawns.

Stanley is a renamed version of an Old English surname that originated as a place name, most notably Stanley in Derbyshire, Durham, and Gloucester. The Old English words “stan” (meaning “stone”) and “Leah” (meaning “clearing”) were used to name such communities, which referred to a “stone clearing” where such cities were formed.

Stanley is one of England’s oldest and most noble surnames, having been carried by the Earls of Derby since the 15th century due to King Henry VII’s stepfather, Thomas Stanley. Sir Henry Morton Stanley, the explorer who made historical contact with Dr. Livingston (‘I presume?’) in Africa in 1871, is credited for introducing Stanley to the public.

Movie directors Stanley Kramer and Stanley Kubrick, as well as actor Stanley Tucci, are notable namesakes from the United States.

The abbreviated form of Stephen or Steven in English is Steve. In Roman Catholic tradition, Saint Stephen is regarded as the first Christian martyr, and it was he who popularized the name Stephen among devoted Christians for centuries. Because he was the first follower of Jesus to receive the martyr’s crown, Stephen’s name comes from the Greek word “Stephanos,” which means “garland crown.”

Like many other biblical names, Stephen rose to prominence in ancient times and continued to do so during the Middle Ages as people gave their children names in honor of persons they admired. In more recent years, the English short form of Steve has gained popularity as a separate given name.

The name Shane is an Irish boy’s name that means “God is merciful.”

Shane came into the picture due to the 1953 film, which gave the Irish essence a cowboy edge. Shane is more prevalent in Ireland than in the United States or the United Kingdom. Shane is the name of the sons of singer Siobhan O’Connor and actor Kevin Sorbo.

Sebastian comes from the Greek name Sebastianos, which means “from Sebastia.” Sebastia was a city in Asia Minor, which is now known as Sivas in Turkey. Sebastian is a popular choice in Austria, Denmark, Romania, Australia, and Chile, among other nations.

Despite the fact that Sebastian originated in ancient Greece, the Christian Saint Sebastian is credited with popularising the name throughout Europe and the Mediterranean. The name also appears in Twelfth Night and The Tempest by Shakespeare.

Sebastian Wilder, one of La La Land’s star-crossed heroes, and Sebastian the Crab, a supporting character in Disney’s The Little Mermaid, will be remembered by musical fans. Sebastian Ingrosso, a Swedish DJ, is possibly the most well-known and recognizable Sebastian today. James Spader, Kim Fields, Malin Akerman, and Tommy Hilfiger are among the celebrities who have selected the classy Sebastian for their boys.

One of the most crucial decisions that parents-to-be must make is what to name their child. Sure, there are all the practical aspects of having a baby, such as setting up the nursery, purchasing goods on clothing and diapers, and sorting out childcare and school districts, that come into play during this hectic period.

However, because a name will be a crucial part of your child’s identity, it feels like a huge deal. When looking for a name, the selections might be overwhelming, so one approach to make things easier is to go through the alphabet letter by letter. These baby boy names that begin with the letter S compiled by CocoFinder on their official website will give you some ideas. S names appear to flow off the tongue, they have a pleasing sound, and many of them are timeless classics.