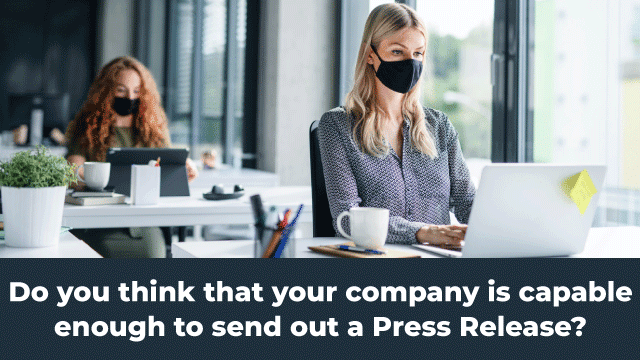 Digital marketing entails in it a variety of different concepts; from advert placement on popular sites like Facebook, Twitter or Reddit to the piece de resistance of the digital marketing catalogue; press release distribution.

With more and more companies looking for cost-efficient methods of getting their message across the board, press release marketing has emerged as one of the most significant revivals of an older tool in the modern age of internet, search engine optimisation and digital marketing.

And with a market as lucrative as it is right now, it is awash with companies offering to handle your press release campaigns for the best of results at the lowest of prices. So, do you think your company is capable enough to send out a press release?

Of course, you’re not going to get a car that does not drive, and neither you are going to be looking for a phone that cannot make calls, so why would you have a company working your PR that isn’t capable enough to send out a press release?

What we mean here is that any company can send out a press release; heck, even a person with the right knowledge can do something that mimics ‘sending out the press release’, but the question stands: Is your company capable to go above and beyond with your press release?

Does your company deliver on the promise of certain views, clicks and impressions? And lastly, is what your company promises you being delivered to you? Let’s take a look at these questions, shall we?

But not everybody is Hesston Blumenthal or Michael Schumacher; these people go above and beyond with what they do, and just like them, there are certain PR companies that go above and beyond, and then some that just do the bare minimum necessary.

If you are unsatisfied with your current PR service provider, chances are, you might be handing over the most crucial part of your marketing strategy to a company that couldn’t care less. And that does not spell good for your business.

Let’s take, for instance, the services provided by the majority of press release distribution companies. The bulk of them provide distribution to certain platforms, and that’s all.

In this age and era of competition and the internet, add-ons are the next big thing after browsers and this can be proved with the fact that best PR distribution companies provide that little extra ‘something’ for free of cost; you buy a package and they throw in a little something for you, not because they’ve got it for free but because it’s what the industry leaders do, and it’s how you make your mark as a press release distribution service.

For instance, ReleaseLive provides a whole host of extra features along with its packages; even the most basic one comes with features and extras like free translation, distribution to top-ranked news sites and whatnot.

So, when we ask if you think your company is capable enough to send out a press release, we mean that is it good enough to compete in a sphere so full of service providers and press release distribution services that to stand out, you’ve got to give something out for free.

If your press release company is making you pay through the nose for mediocre services that return only the bare minimum for your hard-earned money, then it would be better to look elsewhere for a company that treats its clientele with respect and has a service that gets you the most bang for your buck.

So, is your company the best in press release distribution out there?

Don’t bother; remember, writing yourself is the one way you can implement your creativity, your vision and passion for your business, and there is a reason why ghost-writing is frowned upon by many. Instead focus on the part mentioned beforehand: the distribution part. Because that is the most crucial part.

What good is a press release written to the nines and then fails in the distribution part, wowing only the five people it reached. Both the parts have to be planned and executed meticulously, otherwise you might as well spend more and take out an advert on TV that does the same but costs way too much.

Distribution: Behind the Scenes

Because without that, bear in mind, a whopping 2.5 quintillion (bet you didn’t know quintillion even existed) bytes of data is created every day and to stand out from this ocean of data, you need some serious chops. And chops you will get with the right press release distribution service at your disposal.

For distribution, a lot of things play out in tandem to ensure that a press release receives enough and balanced exposure, not to mention from the intended audience. Identifying the potential audience is imperative; what good is a skateboard advert playing in a retirement home?

Knowing your market is important, and even more important is getting the right advert to the right audience, and that is one of the many jobs that a press release distribution service has to do right, so that the optimal results may be achieved.

However, this being one of the basic jobs of marketing, many press release distribution services offer this for free and actually do their due diligence in mapping out the potential audience for whatever it is that you’re trying to convey. Once that has been done, it’s time now to target that area, that demographic and that location to make sure everyone from that neighborhood gets bombarded with that campaign.

The Problem With Digital Marketing of Today

But wait, bombardment is no longer an option. People now choose what kind of adverts to receive, so your skateboard for pensioners and retirees is not going to fly there. Similarly, Google Ads allows visitors of websites to stop seeing a specific ad, if it is too specific or there is some other problem with the advert.

Which means that now, more careful trimming and tailoring has to be done in order to make sure that your campaign, when it gets there, not just attracts the attention of the people, but does so without setting off their alarms.

Which means that now more work has to be done to ensure that only the relevant adverts are shown, which is why Google and other marketing agencies so frequently change their algorithms and whatnot to stay up to speed with all the consumer preferences, market trends and whatnot.

The Hallmarks of a Pr Distribution Service to Hire

If you are thinking of switching to another press release distribution service because your current provider isn’t just simply cutting the mustard, let us get you started on some basic hallmarks of the service you should hire. A service that delivers exceptionally well, goes above and beyond and is basically the last word in press release distribution. Here are some pointers for you to ensure when taking into account the possibility of getting a new PR distribution service. 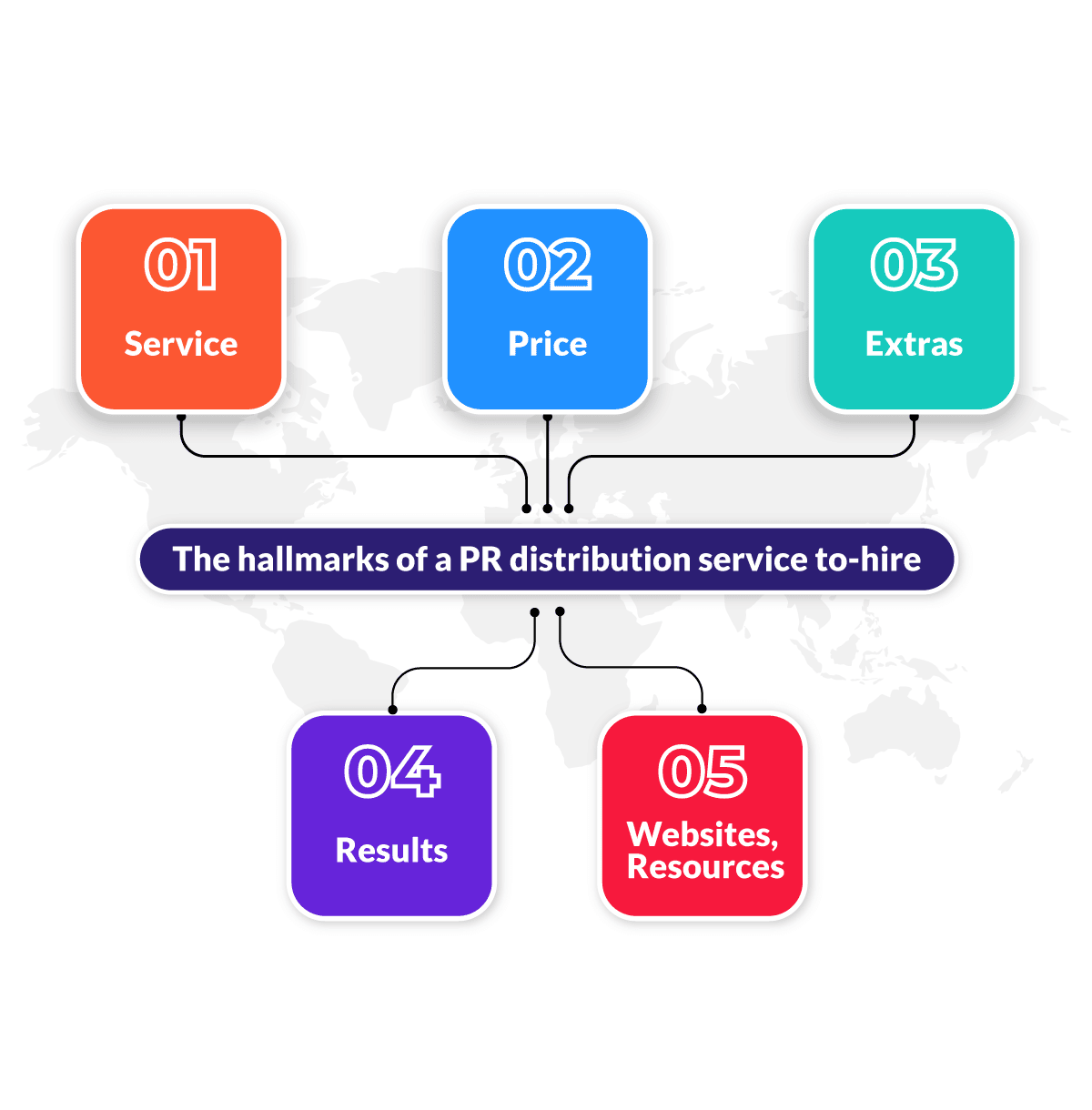 Based on the market cap and the traffic these press release distribution services generate, it would be fair to assume that many businesses are using PR services that could use a little upgrade. Many still think that their current service provider leaves a little something to be wished for, so don’t let this be your stopping point. Go for a service that your business deserves; go for something that does not compromise on the results.