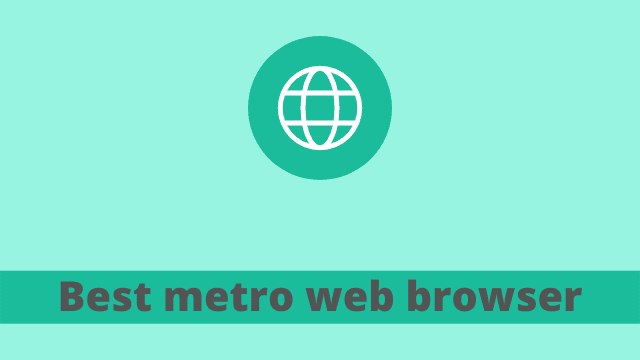 PC browsers have to keep up and perform better, speedier and less buggy than their predecessors if they are going to continue to earn a spot in our lives as an on-the-go app.

It’s been about six months since Windows 8 has been out of its place for grabs and we also produced an article just recently comparing the different internet browsers available on the Metro OS.

Today in this article, we take a relatively close look at the new mark set for 7 of the most popular browsers and find out which metro web browser reigns supreme.

According to the conclusion of “Tom’s Hardware“, Google Chrome is the clear winner in performance. The browsers compared are Chrome 23, Firefox 16, Internet Explorer 10, and Opera 12.10.

The website did a detailed comparison of benchmarks on various performance categories and non-performance metrics. 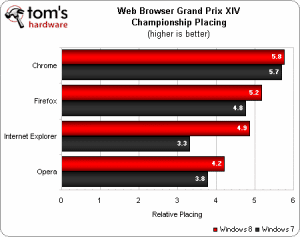 As you can see clearly above, the majority of browsers in both versions of Windows 8 consistently score on a scale of 5.8. The top 3 entries are Chrome (browsers) , Firefox and Internet Explorer.

All of the browsers scored significantly more points in Metro version when compared to 7. Internet Explorer 10 scored highest in most of the categories and is worth an install in Windows 8.

But looking at only performance benchmarks, Firefox 16 outperforms Chrome 23 on Windows 8 by a slight margin. This can mainly be attributed to the strange delay in start-up time of Chrome on Metro.

Mozilla’s new JavaScript engine is right around the corner and it may not be too distant before Firefox dethrones the King in Metro web browsers.

Personally speaking, I do not recommend the newer versions of Metro styled browsers. As a web designer at Cog Web Solutions, Inc., I have experienced several difficulties using them both on my desktop and notebook computers.

However, if you would like to read a review from Cog Web Solutions, Inc. about these Metro style browsers, check out this link.