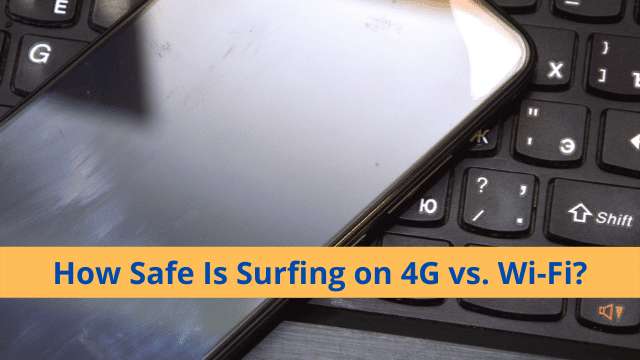 Internet surfing has become the best pastime activity of everyone today. The major reason behind this is that the world of the internet is technically infinite and it has so much content that, hypothetically speaking, a person cannot explore all areas of the internet within his or her lifetime.

The internet has something in store for everyone no matter the age, gender, nationality, caste, or creed. This is the reason our world has become a global village and all that credit goes to the internet. Just imagine, what possible thing is there that you can’t do on the internet. You want to work?

In retrospect, the internet has been the most significant and beneficent marvel of technology that humanity has invented and it is such a crucial component of today’s world that without the internet the whole infrastructure of the world will collapse.

Especially in dire times like these that humanity is going through right now, the role of the internet has become like food and water in our daily lives.

This significance of the internet has been recognized by the masses, and where there are positive outcomes, there are malicious ones as well.

The internet is a dual-edged sword that if used correctly, can do wonders, but in the wrong hands, can cause unfathomable devastation as well.

In current times when the internet is gripping and taking hold of almost every aspect of life, cyberspace is becoming equally dangerous as well. It is necessary, now more than ever, to tread carefully in this virtual world because we have no idea what lurks in the dark corners of cyberspace.

There is a surge of cybercrimes ranging from hackings, identity thefts, bank frauds, and even many serious offenses like the breach of national security data.

Things like these pose a direct threat to the national security of a country. This proves that not only individuals but strong contenders like big organizations and even governments are prone to these cyber-attacks.

In order to be safe in sensitive times like these, first, we need to determine how the internet works, what mediums it uses, and how we can protect ourselves in these vulnerable situations.

Your ISP is the company that is providing you with internet services like Cox internet. It is basically a collection of servers that allocates certain bandwidth for you to use. Apart from that, some service providers also limit the data a customer can use in a certain period e.g. a month. This is known as a data cap or data limit.

Types of Connections: 4G and Wi-Fi

An internet service provider has different ways through which it supplies customers with the internet. In the past, there were only cable connections, and devices like computers and laptops were connected through Ethernet cables. Well, that time is long gone. This is the age of wireless connectivity.

People no longer want to be limited to places where their cables can reach. As a solution to this, wireless internet was launched and at the moment, there are two basic mediums for it.

Wi-Fi and 4G are the two most commonly used internet mediums for home users. Wi-Fi is the modern form of wired home internet because usually at the back end, there is a wired internet connection with an additional device by the name of Wi-Fi router attached to it to make the connection wireless. On the contrary, a 4G connection is completely wireless and is provided by cellular companies through their transmitting towers.

Both these connections have their own advantages and disadvantages regarding speed, ease of usage, coverage area, and most importantly, security concerns, which we’ll look into in detail.

Wi-Fi networks are the modern form of current wired internet because the underlying components remain the same with an addition of a wireless router. This router makes the traditional wired internet wireless. Additionally, there are two further categories of Wi-Fi connections based upon accessibility and security concerns.

As the name suggests, these connections are the ones that you can find at public places like cafes, airports, restaurants, and in general public areas. The actual administrator of these networks is practically unknown and these are open networks to which anyone can connect. This uncertainty and unprotected nature of these networks make them an ideal ground for hackers to attack or steal the personal information of a user who’s connected to these networks.

These types of networks are one step above public Wi-Fi Networks as they are password protected and there is some kind of encryption level involved to prevent unauthorized access to the network. However, these protection methods are quite weak, to say the least, and can be broken into. Apart from this initial protection, the remaining underlying aspects remain the same, so these networks are fine if you are setting them up in your home or office and know the persons who are going to be accessing them. However, once the password is cracked or an intruder gets into the network, a private Wi-Fi network also becomes useless in protecting the user.

4G networks work wirelessly and provide internet to consumers through their wireless connections. These services are often provided by cellular companies. In 4G networks, bandwidth travels in form of data packets over RF waves. These data packets are transmitted to and from users’ devices to ISP’s servers through the mobile phone poles that also provide phone coverage. The best part about 4G networks is that the data packets that are sent by them are fully encrypted and it becomes quite a hard task for a hacker to check its data contents. Moreover, intruding on a 4G network is not as easy as compared to a Wi-Fi network.

It can be said with utmost certainty that public Wi-Fi hotspots are the least safe way to connect to the internet. Protected private Wi-Fi networks are a one-step upgrade but the security methods generally used with any Wi-Fi networks are particularly weak. In contrast, 4G networks provide greater security but they’re not perfectly secured as well. So, we can say that no system is perfect and completely immune to vulnerabilities and users should keep a vigilant eye out whenever traversing through cyberspace.