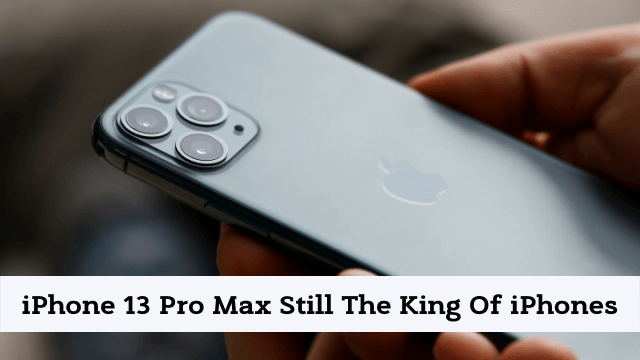 iPhone 13 Pro Max Still The King Of iPhones, Apple’s iPhone 13 lineup is undoubtedly made up of flagship phones.

With top-notch specs and cutting-edge features, all the new phones are at the top of their game while others pale in comparison.

However, among the previous iterations, the Pro Max Model has always reigned supreme. But now, that seems to be up for debate. So, we’re here to find out if the iPhone 13 Pro Max is still the king of iPhones.

Has Apple Reinvented The Wheel?

Well, not really. But they have stayed true to that gorgeous design of the iPhone that everyone is so familiar with.

You still get the same stainless steel frame and super-strong glass front and back for the iPhone 13. The Pro and Pro Max get a frosted back glass (in case you didn’t know).

In terms of dimensions, the new Pro Max model only grew a bit thicker than its predecessor. It is, however, 0.43oz heavier than before and we’ll get to that later.

It may seem negligible but you’ll surely notice that when you hold it up for a long time. It makes it all the more unwieldy and susceptible to drops. But that’s easily taken care of by an iPhone 13 Pro Max phone case.

The most noticeable change is the smaller notch at the top of the display. Kudos to Apple for being able to optimize the space required by the front camera and Face ID sensors. Now you can enjoy more of that large screen that you love. 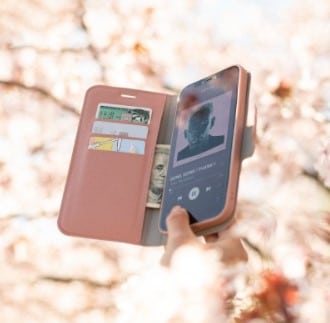 It’s What’s Inside That Matters

As expected from Apple, there are a whole lot of new features to get you excited about their new phones. You may even think to upgrade your iPhone 12 Pro Max with all the goodies packed in the new phones. Now let’s dive right to it.

The new Pro Max may have the same 6-core setup, but it’s significantly faster and more energy-efficient. The new A15 Bionic chip also has better graphics processing power.

It’s so beefy and packs a punch that it’ll still be humming and happily buzzing around for quite a while.

On the front, you’re greeted by the same 6.7 inch Super Retina XDR OLED screen. While dimension-wise, they’re similar to the previous phone, it has a better brightness – 1000 nits, typical.

What really sets it apart is the adaptive screen refresh rate. It tops out at 120Hz for super-smooth motion rendering and drops to just 10Hz when you’re reading an article. Pretty neat huh?

Inside, Apple went to work and did some space optimization as well. That’s how they ended up with a monster of a battery.

It’s now 4352 MAH! That’s good to last you more than a day. To put this into perspective, it outlasted the iPhone 13 Pro by an hour and a half and the iPhone 12 Pro Max by two and a half hours in endurance tests.

But it’s also responsible for the increased weight. It also afforded them to bump up the phone’s memory to 1TB. 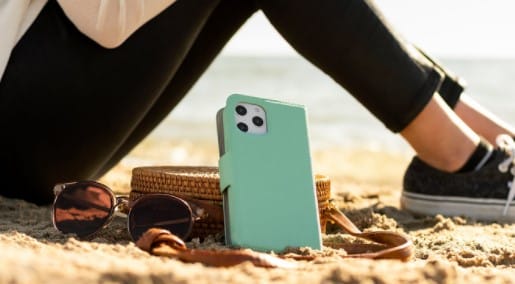 Moving to the back, we take a good look at the cameras. The main camera has an upgraded sensor size and a wider aperture. The telephoto lens takes a tighter focus on a subject in portrait mode.

The ultrawide lens also gets a significantly larger aperture. This results in better photos and videos even in poor lighting conditions. All these considered, it would be difficult to take poor shots and clips on your iPhone 13.

All these camera upgrades complement the new tech that Apple is so proud of. Cinematic mode lets you take movie-grade videos, adjusting the focus of the cameras depending on the scene.

Photographic Styles intelligently adjusts the photo you’re taking in real-time based on your choice of presets.  And let’s not forget the ProRes feature which is a lossless video codec that gives you high-res videos with small file size. 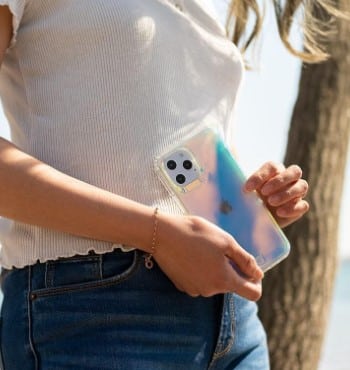 But Is The Pro Max Still Worth It?

What set the Pro Max models apart from the others in the past was the camera setup. Now the Pro model has the same set of shooters.

So all that the iPhone 13 Pro Max has going for it is the larger screen size and battery life. But if you ask me, it’s better to have these and not really need them rather than not having but wanting them in the end.

It’s not like you can grow the screen real-estate or shove a bigger battery in the iPhone 13 Pro. And that’s more than enough to justify buying this than the smaller Pro.

Who knows, maybe Apple has better plans for that larger screen real estate in future Pro Max models? In the meantime, don’t forget to put an iPhone 13 Pro Max phone case on that monster of a phone because it’s worth every dollar you spent on it.