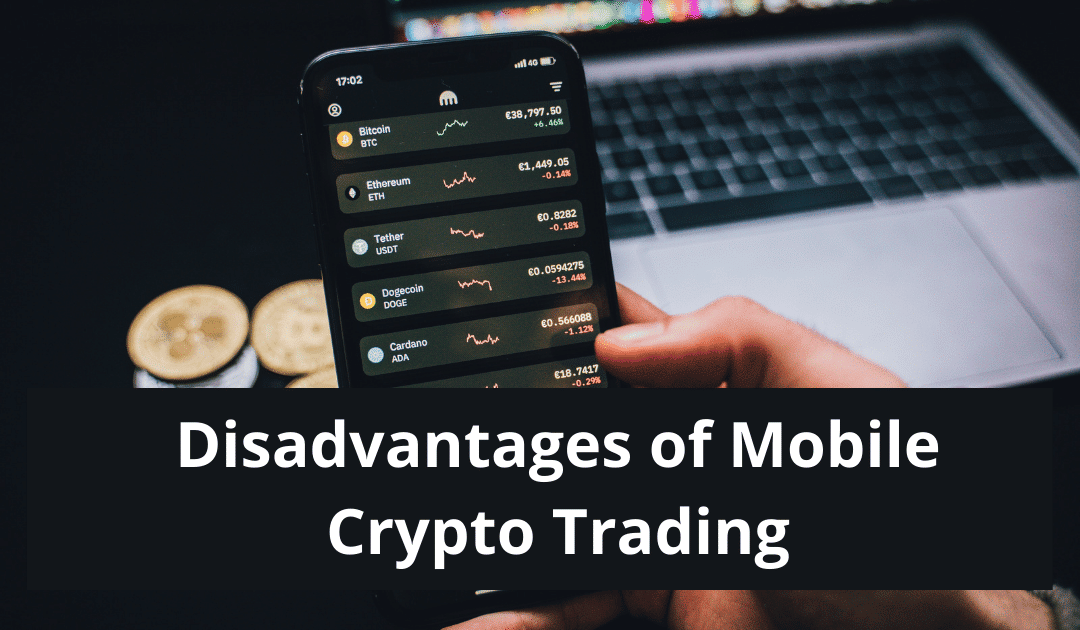 Most people who dabble in cryptocurrencies prefer either a crypto exchange or a mobile app to work with. While the latter has some outstanding advantages, there are also several crippling disadvantages (at least compared to the ‘full’ PC versions of the same exchanges).

Granted, there are also many advantages that make mobile trading more valid for certain people. For instance, using mobile apps is faster, more comfortable, and more efficient in some cases. That being said, some things simply can’t be offered by mobile crypto apps. And here are a few of them.

The most disappointing part about many crypto apps is the limited number of tools, graphs, and analytical data they offer (at least, compared to their PC equivalents). It’s pretty difficult to include many complex tools because a lot of them require extensive graphs, tables, and markers, which can be hard to implement due to display limitations.

Many try, but most only provide the basic instruments that can be turned on and off on the same graph whenever necessary. Many of them include several timeframes or other solutions to allow for better multitasking, but it’s still easy to get confused in all that. Most displays are just too tiny to show any meaningful information.

Because of it, it’s not that efficient to use mobile apps for full-time crypto trading. They are good as an away-from-home backup, for quick trades, or for people who treat crypto more as a hobby. For a more professional approach, however, mobile apps are usually not a good choice.

There are some mobile apps that provide additional tools and solutions at the cost of an attractive layout, and there are some apps that copy what the PC versions of the same exchange have regardless of the display limitations. They are fit for professional trading, but you still need to find such apps.

Even though most big crypto providers have developed (or tried to develop) a mobile app, not all of them are available. Some of them may not be compatible with specific devices. Others are just not allowed in the official mobile store, such as AppStore or Google Play.

Others still are restricted regionally. There are actually many crypto apps banned in specific countries because of the local legal restrictions. Whatever the reason may be, if you can’t download the app from a trusted source, it’s often better to use the mobile website of the same exchange.

In terms of security mechanisms, mobile apps aren’t usually any worse than their PC counterparts. However, because you’ll be using this app on a phone (obviously), it can cause problems. It’s easier to have your phone stolen and lost, which creates a great opportunity for someone to steal your data and your money.

Of course, now that you’re advised about this, you’ll likely take precautions specifically to avoid it. You’ll be surprised, however, how many people don’t even have passwords on their phones, and that practically invites others to steal the device and use it however you like. It’s just safer to trade at home.