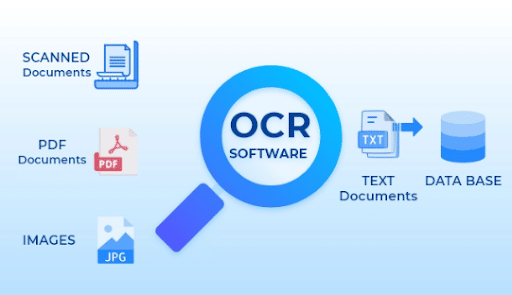 Ocr technology is the fruit of untiring efforts of programmers and scientists to materialize human-machine interaction.

Nowadays, it has been added to the technological arsenal and is helping millions of individuals and businesses in extracting text from images for their personal or organizational use.

Are you interested in knowing what Ocr is? Do you want to use it for your benefit?

Maybe you want to increase your business efficiency or you want to use it for academic help.

For all the above reasons, I have written this article to enhance your awareness and to familiarize you with this concept in depth.

It is a technology-based on text recognition and extraction from hard form to digital format.

Your text can be anything written in any language depending upon the programming of the tool. Similarly, it can be hand-written or printed text.

Provided the characters are legible and not broken or smeared, the technology recognizes them easily and provides results in no time.

An image-to-text converter manifests this technology in the form of an online or local device. This tool extracts text from non-editable images and transforms it into editable and changeable copy.

Evolution of OCR through history:

The tool that you see online does not appears as it is, however, it went through many modifications. With that said, the real intent behind all devices was the same: to help humans interact with machines to ease their life.

Initially, a device was invented during WW2 to decipher morse code from words. Later, a project called optophone was developed whose major intent was to help blind people read written text.

This tool would produce musical notes when moved over the text. Later, with the invention of fast-speed computers, OCR got a sudden slope and a wide range of researches were conducted.

Due to these researches, OCR came into the shape that we see today. For futuristic goals, this tool is using artificial intelligence. Scientists have gone the extra mile to incorporate Natural Language Processing.

We can see great potential in this line of work and you may soon see appalling inventions in this regard. As Data Science is at the helm of a modern image-to-text converter, so we may consider it a stepping stone towards high-end robotics.

How does OCR technology extract text from images?

There are several stages through which your text goes before it becomes digital. Each stage explains utter complexity as is easier said than done.

To know how it works, you first need to have a holistic understanding of a computing device’s display whether it is a laptop, smartphone, or PC.

A computer screen which shows display contains colors and graphics. Different colors combine to provide you the result of the input you have provided.

It shows the result as it is without showing us the phenomena behind it. SO actually the display is made of small pixels and each pixel represents a small dot.

Arranging all pixels in rectangular or vertical form results in the screen resolution. The more pixels a screen occupies, the better its resolution becomes.

Now the important thing is that the computer does not understand any image inherently. For example, you have an image of a cat. The computer only considers it a combination of colorful pixels.

To increase the understanding of a computer so that to recognize things, you need to teach it machine learning.

The same goes for an image-to-text converter. First of all, you need to train the device with a bulk of data in various shapes and forms.

Ultimately, the tool develops artificial intelligence and starts recognizing the written text. This is a long and arduous task as it does not happen overnight.

But once it starts recognizing the characters of your text it becomes ready to extract text. From here, you can convert image to text to produce editable text.

This stage requires you to enhance the clarity of the text image that you want to extract. Usually, the image isn’t ready for extraction so you have to make it right so that it falls in the standard criteria.

This stage removes any unnecessary lines from the text to make it presentable for extraction. Then the characters titled abnormally are deskewed rightly so that a legible result could be obtained.

After that, your text may be divided into zones for easy and fast extraction. This stage takes every single step that makes the image bright and clear.

The more clearer the image, the better the result of your text.

Then comes the real process stage where extraction is done to get a digital form of text. This stage may involve two forms of extraction techniques.

The first one is feature extraction. In this technique, the image to text tool recognizes the features of characters to extract them.

The device understands the angles and no of lines each character has. For example “H” has three lines and each line attaches the other at 90 degrees angle.

So, after knowing the exact character. It extracts it and presents it into word or notepad document.

In the second technique, there are known glyphs of text inside the device. The proposed text is matched with the chunks of pattern and if it gets matched the tool extracts them into a digital text.

The second technique is less credible because it cannot be used for handwriting extraction. Moreover, it also creates difficulty when the fonts are changed.

The post-process stage is additional and is used to further optimize the result of your text. It may include dictionaries and NLP techniques to remove the grammar or spelling mistakes in the text.

OCR is the technology of today lending awesome uses to data record keeping, recognition of documents for security, and marketing.

Image-to-text tools lay bare the most fascinating phenomena in the use of data for humans.

Thus, it has revolutionized the current computing environment because became the most practical example of AI and interactive machines.