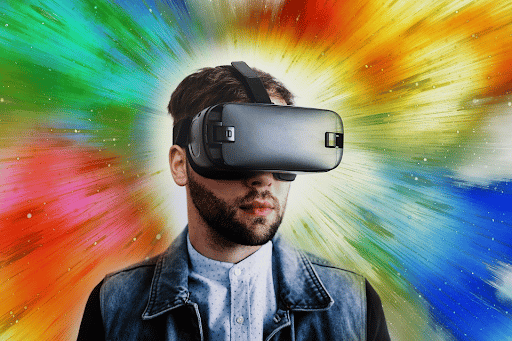 What do cell phones, universal translators, bionic limbs, driverless cars, hoverboards, and traveling to the moon all have in common? The answer is they were all first described in science fiction before they became realities. The same applies to the metaverse. The concept comes from Neal Stephenson’s 1992 novel Snow Crash. Since the book’s publication, the metaverse concept has been used in various movies and novels. And it now looks set to become real.

The most famous movie that illustrates what the metaverse is mainly about is The Matrix. The premise of the 1999 film involves human beings living in a computer simulation created by artificial intelligence (without them knowing it). Are we really headed towards a world in which we can plug into a virtual world in the same way as The Matrix? The short answer is: yes.

What exactly is the metaverse?

In basic terms, the metaverse is a digital space that appears lifelike via the use of virtual reality and augmented reality. While the reality of the metaverse is not yet quite here, the term is used in connection with some existing digital spaces. For instance, the term metaverse is often used to describe video game worlds in which characters adopt avatars and interact with other gamers in a virtual environment. In the not too distant future, a multitude of games could exist in that way. Even some of the best online casino games could be available at a metaverse-based casino. The term metaverse is also used for a type of blockchain technology in which you buy virtual digital assets with cryptocurrencies. And in August this year, Facebook unveiled its Horizon Workrooms, which enables workers to hold meetings in a virtual world, by wearing VR headsets.

The future of the metaverse is going way beyond the capabilities of virtual reality alone. The aim is to merge the virtual world and the real world more so that it eventually becomes very much like The Matrix movie’s reality. Although that’s still a long way off, step by step, we are getting there. With metaverse technology, you’ll be able to wear virtual reality glasses and engage with a VR version of the internet. So, for instance, you could feel as though you are speaking to a friend face-to-face when you are actually hundreds of miles apart.

Why is the metaverse destined to be the next big thing?

“Hang on. Haven’t people been predicting that virtual reality will be the next big thing for years?” True. But the metaverse goes beyond mere VR, as we have seen. And you don’t know what’s going on behind the scenes of technology development. But the main reason everyone is now predicting that the metaverse will become a reality and become the next big thing is for the simple reason that Facebook has said so. Facebook undoubtedly visualizes the metaverse as the future. So much so that the technology giant recently announced it is going to change its company name to reflect its focus on building the metaverse over the coming years.

While the name change came as a surprise, the news that Facebook was heading in the direction of the metaverse was not new. Back in July, Facebook’s CEO Mark Zuckerberg said he wanted the company to transition from a primarily social-media-based company to a metaverse company. While Facebook’s name-change and precise plans are heavily guarded, we won’t have long to wait to find out more. It’s expected that Zuckerberg will talk about his metaverse plans in more depth at Facebook’s annual conference on October 28. While the new company name is currently top secret, industry experts are predicting it could involve the word “horizon,” after Facebook’s new Horizon Workrooms.

Facebook definitely means business. It has steadily been laying the groundwork for a shift in direction towards a metaverse-based company. For instance, in the summer, Facebook set up a dedicated metaverse team and the company recently announced its plans to hire 10,000 more employees in Europe to work on metaverse projects.

Facebook is not going it alone. Other tech giants are also steadily putting frameworks in place to build a metaverse world. For example, Microsoft’s chief executive Satya Nadella recently stated that the company was heavily investing in the metaverse enterprise. Many video game developers are beginning to describe themselves as metaverse companies, too.

Mark Zuckerberg recently said that the metaverse is going to be a big part of the next stage of the internet’s evolution. With all of the time, money, effort, and skill being put into building the metaverse, we tend to agree that Zuckerberg is right. The only question is: how long will it take for the metaverse to become reality? Or, er, non-reality.