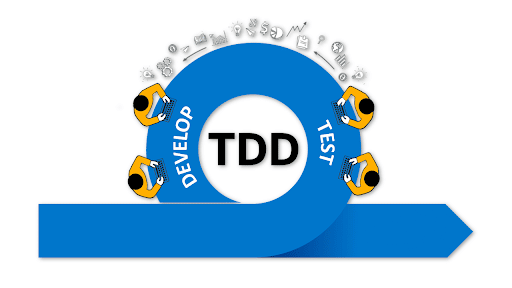 If we go back a decade or so, building a website or any kind of software was all about coding. If you could develop an application with the required functionalities, that sufficed for the end-user.

There were no such industry standards. It took months to build a single website. And the post-development phase required constant support from the development team because every now and then a new issue would pop up.

But today, the programming world has evolved. New coding concepts have emerged. Developers have to follow the best practices to keep their code neat and clean, and minimize errors and bugs. Test-driven development is one of those concepts that help to streamline the development process.

As a web development company in Dubai, we pick our development approach after considering the pros and cons of each. Only by picking a suitable approach can an agency deliver projects within the given timeframe.

What is Test-Driven Development?

Among a dozen of the other software development approaches, TDD is one of the streamlined ones. We develop test cases to specify and validate what a certain piece of code will do. Each functionality is tested separately and if it fails, then you rewrite the code from scratch and keep iterating until it passes the test.

The TDD starts with designing and developing tests for smaller functionalities, and we develop the test for the most advanced functionalities as we move forward. Developers have to write a new code in case of failure, so there are no chances of code duplication.

As the name suggests, the concept is pretty straightforward. Divide the whole application into parts, and test and develop in parallel.

How to Perform TDD?

The test-driven development cycle consists of:

An application may have dozens of features, and each of them is first added in terms of test cases. We create a test for a new or updated function. A developer must have a thorough understanding of the feature specifications and requirements in order to write a test.

This is where TDD differs from traditional methods in which we write unit tests before writing source code.

In the next phase, we run all the tests to check which ones are working correctly and which ones have failed. If a certain test fails with the existing code, the developer has to write a new piece of code.

The code written at this stage is not necessarily perfect. However, if it passes the test, that’s enough. You can do this by adding the statement to return a constant, and then add logical blocks to build the function.

If the code has passed all the written tests, we can say it’s’ perfect and doesn’t affect the existing features. However, in case of failure, you will have to go back to step 3, i.e. edit the code so it passes all the tests.

As you move forward from one step to another, you will realize that the code needs cleaning and maintenance. For this purpose, we remove the duplication from the code. Make sure the object definitions and names indicate the purpose behind them.

Also, it’s recommended to split lengthy functions and name them appropriately to improve their readability. This will help in future maintenance.

We also make sure the sequence of the code is logical and another developer would be able to understand it with clarity.

TDD is about taking a small step forward and making everything perfect before moving ahead. Target no more than 10 edits between each test you run. In case of a failure, undo/revert to a working code. 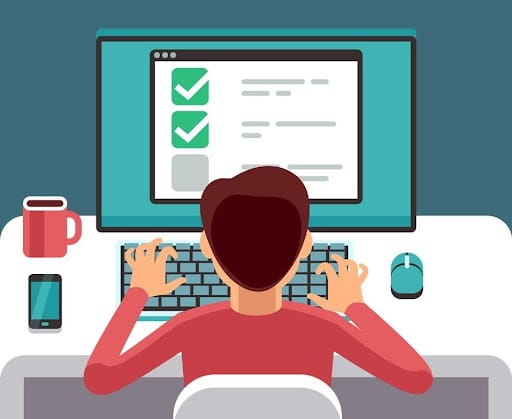 Avoid extensive debugging at once as it can make the development process complex.

Read Also: How to Screenshot on Laptop Windows 10? Detailed Guide

What is the Difference Between Traditional Testing & TDD?

TDD has some similarities with traditional testing, and some differences as well.

Both TDD and traditional testing find one or more defects. If a test fails, you learn about a potential problem that could cause problems in the later phase. By resolving the issue immediately, you can avoid any such hindrance.

TDD emphasizes on production code that determines whether the testing will work or not. On the other hand, traditional testing focuses on the test case design.

In traditional testing, you don’t test each line of code, but in TDD you achieve 100% coverage test at any cost.

Testing is an important part of a software development life cycle. Whether you are developing a website or a mobile application, with testing in parallel you can avoid errors and bugs in the finished product. Further, test-driven development makes your job easier by keeping testing and development parallel.