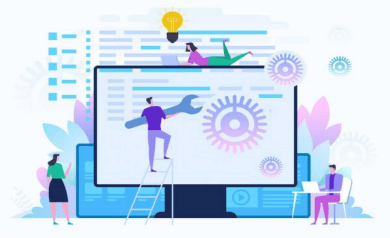 Node.js vs Django vs Laravel

Which language to learn next? This question is always there in a developer’s mind. New technologies are introduced every day. Improvements are made to existing ones. We cannot learn all these technologies at once. So, it is really important to decide what we should learn next. This blog is going to discuss the three back-end development frameworks based on three different programming languages. It will give you an insight into what you should learn in 2022. Hire Backend Developer to cater to the requirements of your website.

One of the JavaScript runtime environment frameworks is Node.js. It can be utilized for purposes such as cross-platform development. Node.js has been lifted up in popularity because JavaScript is one of the most popular languages nowadays. It is one of the most utilized back-end frameworks as well. It brings forward many features that attract developers. Because it is asynchronous, it never waits until an API returns data. Without waiting for the response of the previous request, it moves on to the next request. The responsibility for delivering the response to the server correctly is taken up by the notification mechanism of events of node.js.

Node.js is utilized by several organizations all around the world including eBay, GoDaddy, Microsoft, PayPal and Uber. If you are building I/O bound applications, then Node.js is a perfect match. Apart from that, it is great for applications for data streaming, Data Intensive Real-time Applications (DIRT), JSON APIs based applications as well as single-page applications. There are several advantages that Node.js has.

Firstly, Node.js is based on JavaScript. It is well known to everyone. Secondly, it has an easy learning curve and large community.

Thirdly, it contains an excellent package manager. Fourthly, it has extensive library support. Fifthly, it has quick and easy handling of concurrent requests. Sixthly, it is simple yet scalable. Lastly, it is very well established. Node.js has some disadvantages as well. Some developers might have difficulties working with asynchronous requests. The call backs are nested.

It is easier to build better web apps with django web development company more quickly because the framework it uses less code. Django comes from an open source. It is a high-level web application framework written in Python. Introduced in 2005, Django and its idea of using Python for web development became a huge revolution. It follows the model-template-view architecture. Its main focus is to provide an easy method for the building of complex websites. Django is used as a framework by some leading companies such as Instagram, Mozilla, and Bitbucket.

There are several advantages that Django has. Firstly, it has rapid development. Django’s main intention primarily was to reduce the development time of an application. Secondly, many common security falls like SQL injection, cross-site scripting, cross-site request forgery, etc. are helped to avoid by Django.

Thirdly, the scalability is huge. Fourthly, a large set of libraries and helping modules are well supported by Django. Fifthly, as a user, there is no need to have to worry much about user authentication and content administration because Django takes care of them only for you. Django has several disadvantages. Firstly, many developers, as compared to JavaScript, do not have expert knowledge in Python. Secondly, there can be issues with small scale applications although Django is scalable. Thirdly, the

framework for Django is monolithic. Fourthly, Django will not be able to handle multiple requests simultaneously.

A famous language among web developers is PHP. Laravel is based on PHP. Model-view-control architecture is followed by Laravel. It is robust and comparatively easy to understand. For young developers, Laravel is known as a good starting point. A large set of features are provided such as flexible routing for easy scaling.

Schema Builder is required to maintain database definitions and schemas, lightweight templates, etc. Some famous companies that use Laravel in their products are 9GAG, MasterCard and Kmong.

Laravel has many advantages. Firstly, it has high security. Secondly, it is based on MVC. Thirdly, it utilizes blade template engines. Fourthly, it has built-in authorization and authentication systems.

Fifthly, it supports test automation. Certain disadvantages are present as well. Firstly, Laravel has less inbuilt support when compared to Django and NodeJS because Laravel is really lightweight.

Secondly, the community support for Laravel is minimized when compared to other platforms. Thirdly, it is difficult to convert legacy systems into Laravel. Fourthly, updating from an older version to a new one might break the application. Fifthly, full-page reloads can be slightly heavy in mobile applications when they are compared to websites. Hire a dedicated backend developer to build a great website.

Detailed comparison among Node.js vs Django vs Laravel

All these three frameworks are really popular among developers. They tend to select the framework based on their language of preference most of the time. For example, if you are good with JavaScript, you shall surely go with NodeJS. However, there are other aspects we must take into account when selecting a framework.

Novice developers might not have knowledge about JavaScript framework, Python, and PHP. For them, Django or Python is a great option to begin with.

Python is very straightforward and simple in syntax. You can easily understand it. Hence, Django is ranked at the top when it comes to the learning curve. Laravel and NodeJS come next in line. In any project, security is another measurement that we need to address. All these frameworks provide built-in features in

Django claims first place here as well out of these three. With respect to scalability and performance, Django can be recognized as the best framework in scalability aspects while NodeJS provides the best performance. All these frameworks have large communities and great documentation to get started with. Apart from this, they are well established. You should not hesitate to select them for your projects.

Django, NodeJS and Laravel are three back-end development frameworks. They are based on three different languages. They are the leading frameworks of these languages.

Hire Full Stack Developers who can fit your budget. Learning any of these frameworks is a nice idea. However, if you learn NodeJS or Django, you can utilize that knowledge for various other purposes such as front-end development, mobile application development, algorithms and machine learning. Apart from this, there are some other leading back-end development frameworks like ASP.NET and Spring in the contest as well. NodeJS or Django will definitely be the best investment for the future.